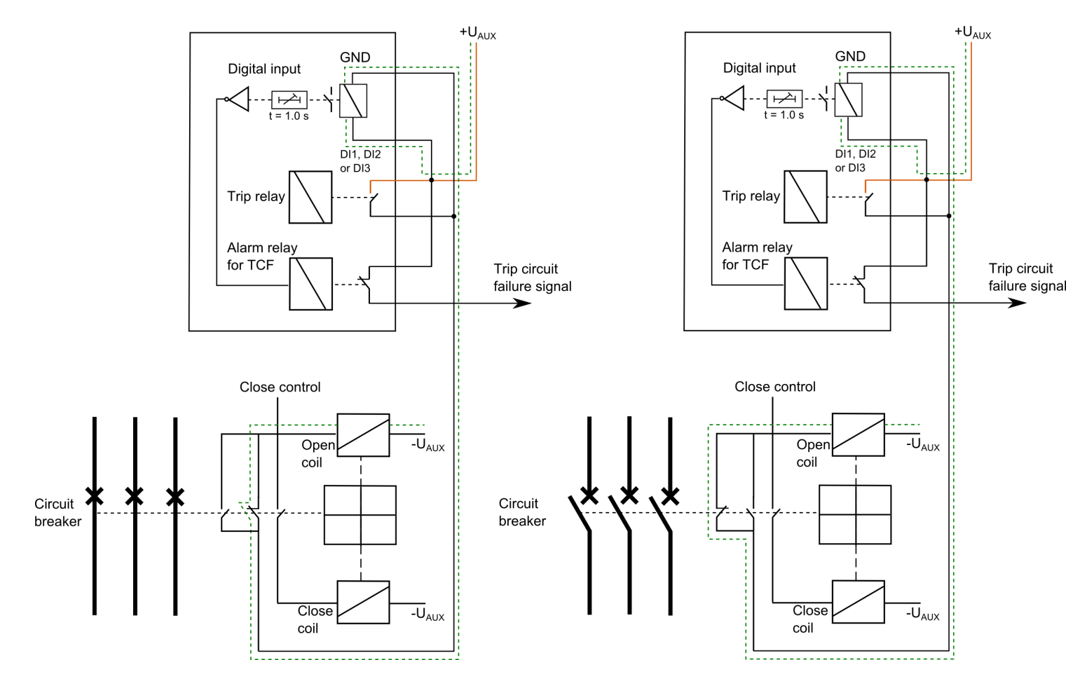 Figure 1 Trip circuit supervision by using one DI and non-latched trip output.
Notice that DI monitoring the circuit is used as normally closed. Same applies with the used alarm relay (if used). In monitoring purposes and especially in trip circuit supervision it is recommended to use closed contact in normal condition to confirm the condition of wiring. Active digital input generates less than 2mA current to the circuit. Normally current this small is not able to make the breaker open coil operate. While the trip relay is controlled and the circuit breaker is being opened the digital input is shorted by the trip contact as long as the breaker opens. This normally takes approximately 100ms if the relay is non-latched. Therefore t = 1.0 second activation delay should be added to the digital input. Basically activation delay just a bit longer than the operation time of circuit breaker would be long enough. When CB failure protection is used it might be good to add the CBFP operation time to the digital input activation time (tDI = tCB + tIEDrelease + tCBFP). See attached picture below.

Figure 2 The digital input used for TCS needs to have normally closed polarity and also 1.0 second activation delay to avoid nuisance alarms while CB is controlled open.
Non-latched outputs are seen in the output matrix as hollow circles. Latched contacts are painted. See below presented figure.

Figure 3 IED trip contact used to open the circuit breaker has to be non-latched.
Non-latched trip output contact is a mandatory to have if Autorecloser is used in feeder applications. TCS is generally easier and more reliable to build with non-latched output.
The open coil is energized only as long as the circuit breaker is opened and IED output releases. This takes approximately 100ms depending of the size and type of the breaker. When the breaker opens the auxiliary contacts will open the inductive circuit but the IED trip contact won’t open at the same time. IEDs output relay contact will open in <50ms or after configured release delay due the breaker is open. This means that the open coil is energized for a short moment even the breaker is already open. Coil could be energized even moment longer if circuit breaker failure protection has to be used and incomer is performing the tripping. 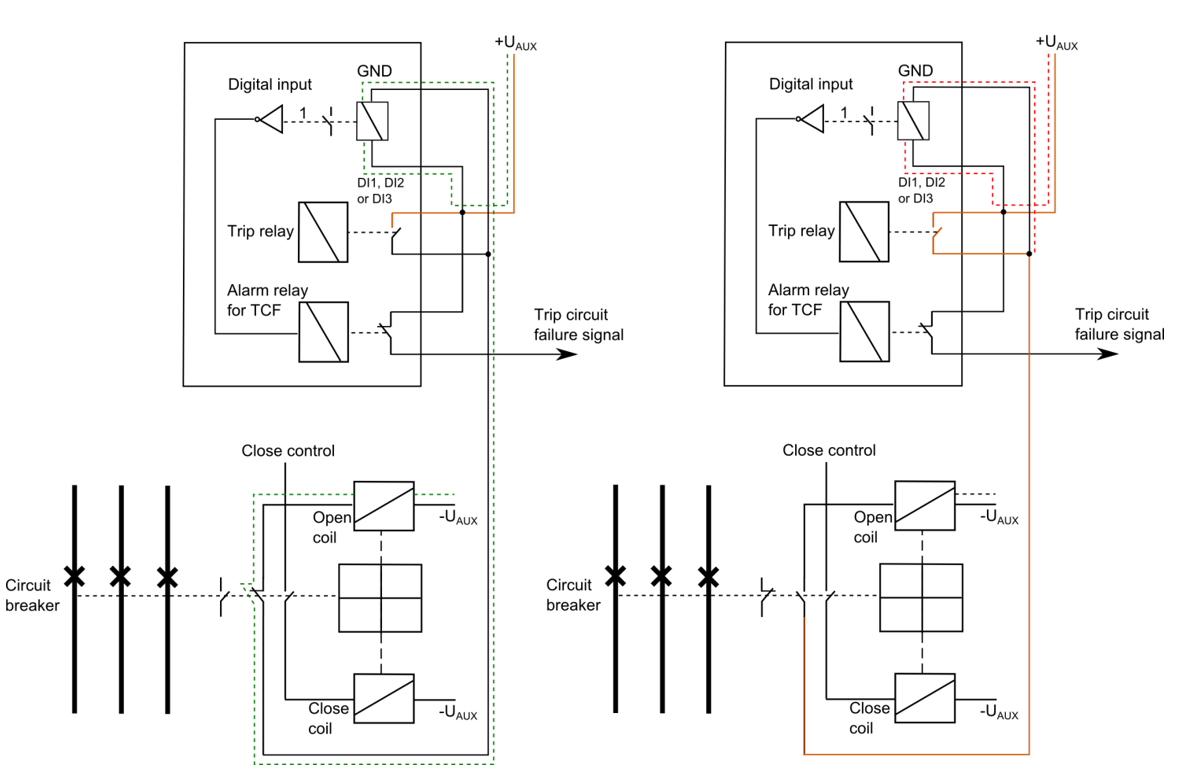